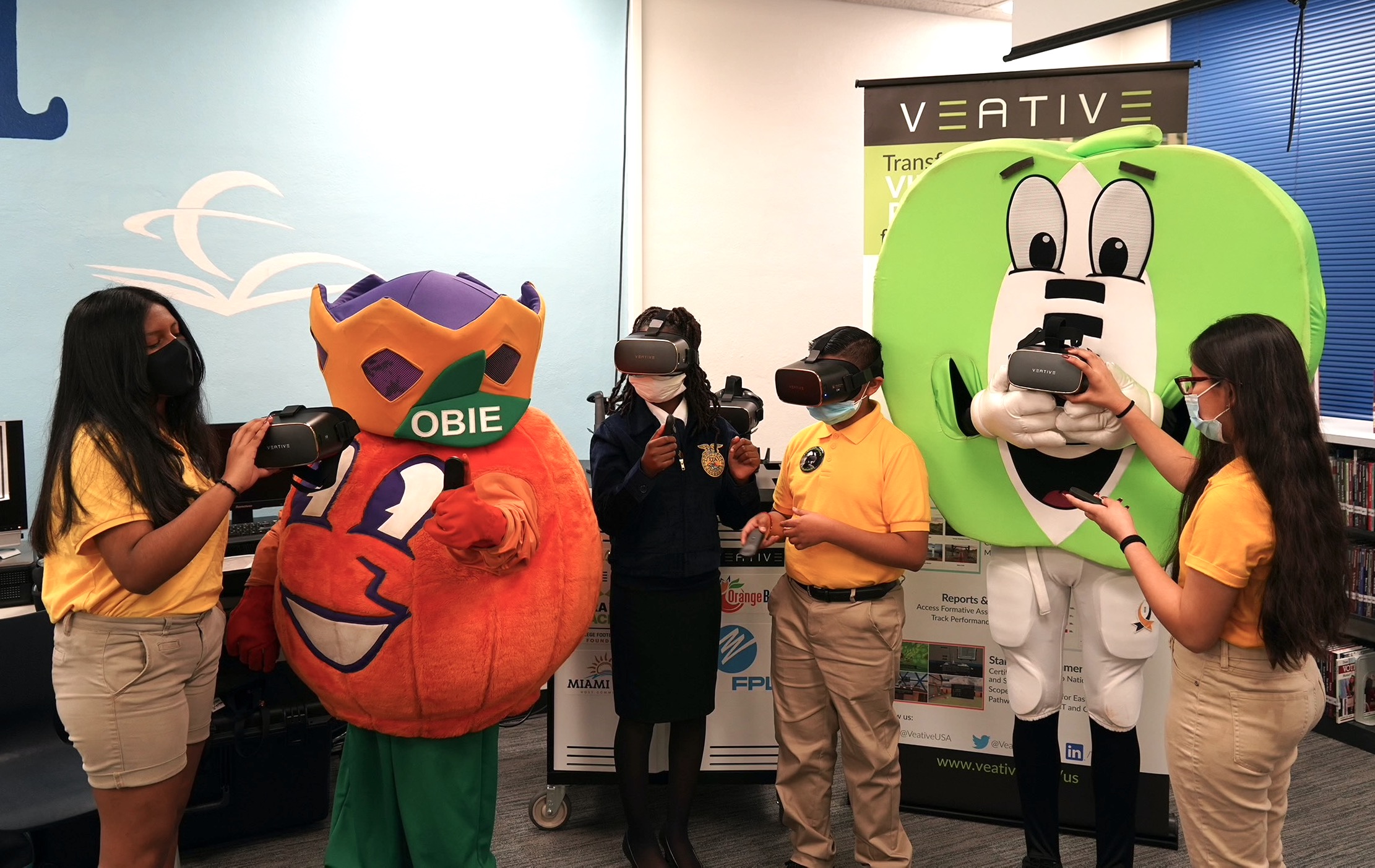 Redland Middle is one of 16 Miami-Dade public middle schools having its media centers transformed into technology-rich innovation spaces over the next two years. All the partners will continue to unveil new projects at different schools throughout the year.

Eighth-grader Gregory Worcester, who gave greetings on behalf of students at the ceremony, was thrilled with the results of the renovation. “It’s beautiful! They remodeled it and made everything look better. When you come in here, it looks like it’s part of a new fancy tech high school.”